A downloadable game for Windows, macOS, Linux, and Android 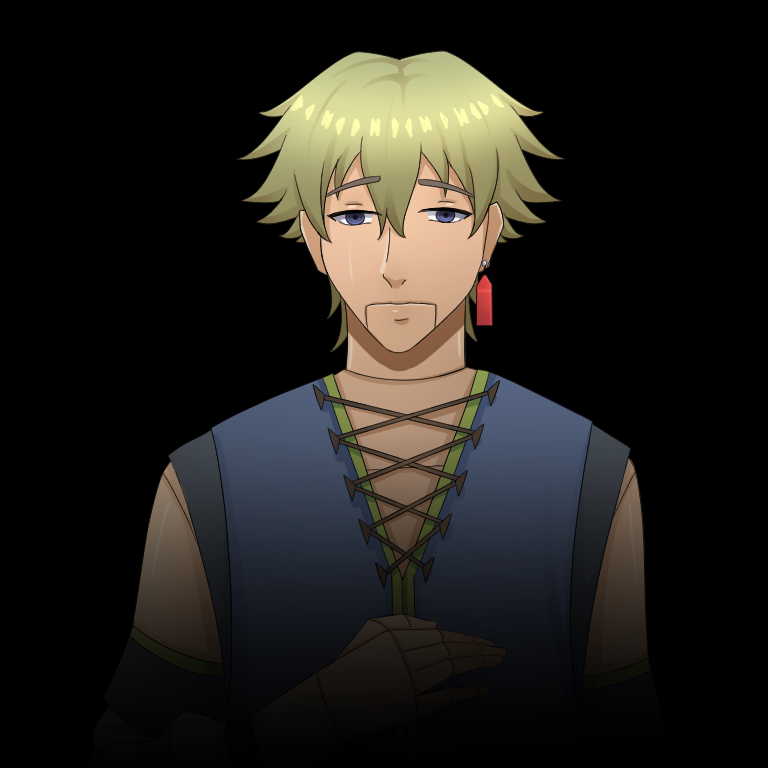 My name is Liber. I am a puppet who was brought to life by my Master. I like living a lot. Walking is very fun. I like staying with Master... But I wish I could go outside. Out the window, I see green grass and big trees. I would like to touch them, but Master won't let me. I am not allowed to leave our little home... 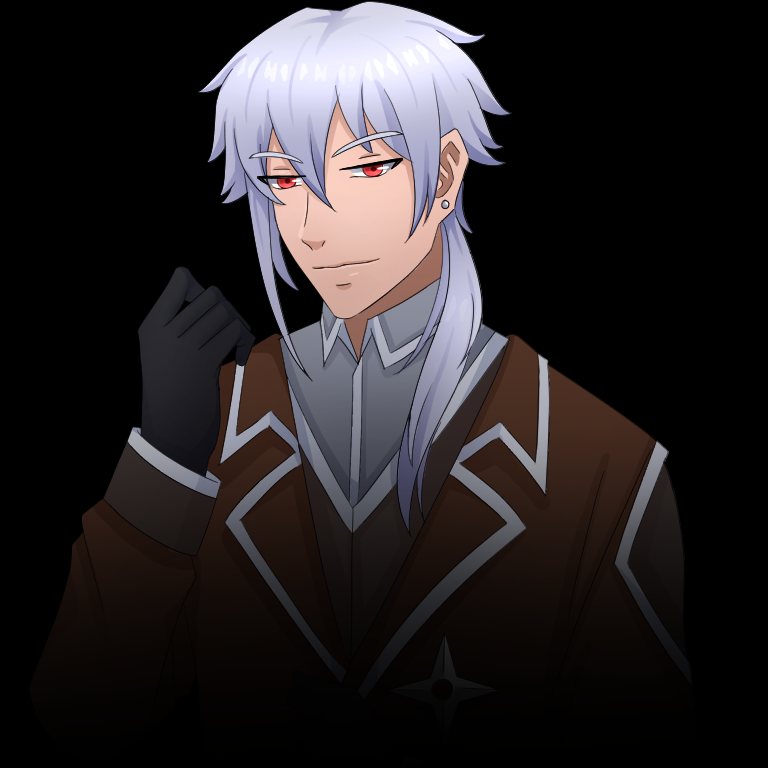 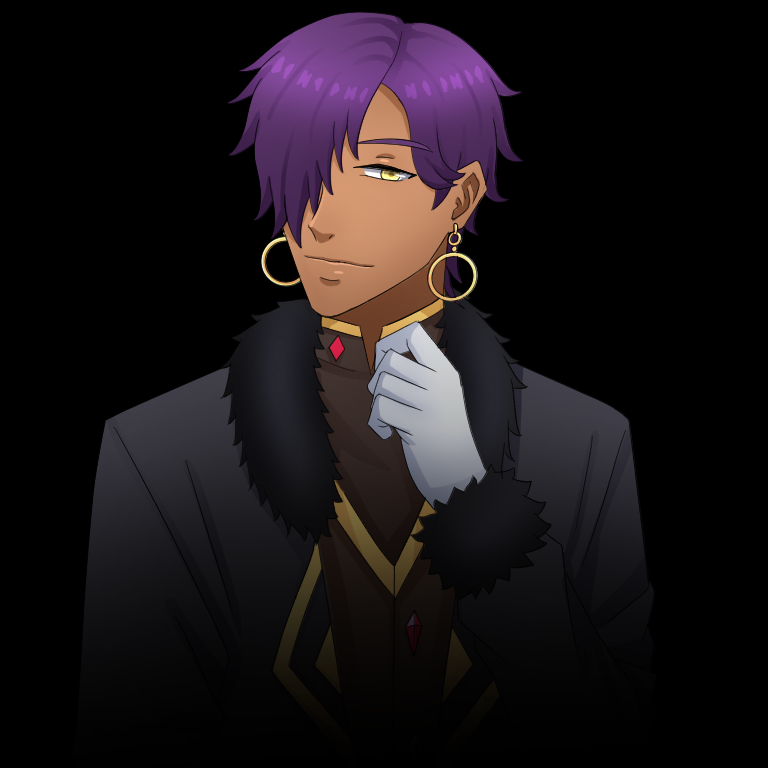 This is the Inspector. I think he is Master's acquaintance. He is very nice to me whenever he comes to visit. But...I feel like he doesn't like Master that much...

Credit to Dova Syndrome(https://dova-s.jp/) for Music and Zapsplat(https://www.zapsplat.com/) for Sound Effects.

Support me on Kofi: https://ko-fi.com/chanimk

Join my Patreon to get early access to my games:  https://www.patreon.com/chanimk

Omg I missed so many games, time for a marathon I guess... 😏

i hope you have fun XD this one is quite short compared to the rest.

spooky game, I love it. I love all the games you make the stories are interesting and the artstyle is unique!

thank you very much! It means a lot!

your welcome, I really love your nursey school diaries game! The kids are so cute and the guys are too :D

Wow, impeccable writing....As someone who's a huge fan of exploring more "dark" character psychologies, I really, really loved this. Often in real life, you hear things about these sorts of relationships where the person in Liber's position may say "When he's happy things are good. He only gets angry sometimes" and things along those veins. (Along with the manipulation and almost purposely looking for a reason to be cruel, of course.) It really puts into perspective how easy one can fall into this mindset of accepting certain things and rationalizing certain things because of the love bombing that follows. When you're on the outside looking in, it's easy to tell people to leave, but this gives a really nice perspective into how easy it is to rationalize things when you're in the position.

I found "Master" to be rather tame in comparison to similar characters I've seen, but then again I wonder if even me thinking that also proves my above point because there's really nothing tame about not wanting someone to leave a room. I think people in Liber's position in real life use the same justifications with thinking things like "oh well he only does this to me, that's not as bad as it could be" especially since mental/emotional manipulation is brushed off more than anything physical and seen as "not as bad." Just really interesting and put things into perspective.

This is the first game I've played by you/your team, but omg I hope you consider making more and lengthier projects with dark psychological themes like this!

Glad to know your thoughts! I think I will make more dark-themed projects if I ever get inspired!

i love this game so much. I adore the allegory for the abrahamic gods creation within the plot. Your work is very inspiring to me a far from typical bl content

wish it was longer

Omg  I loved the story and characters so much!  I really like the the way Master was written it made it feel a lot more creepier! Idk if you were aiming for that but either way I enjoyed it

I Have a question thats completely unrelated to this game, What happened to all the Hexed pet games I was looking though all of your games and noticed that they disappeared. Did you take them down or is it a problem on my end

hey! I unpublished Hexed Pet since I wasn't happy with the quality of the art and script. I do plan on publishing it again after I fix everything!

Oh okay! Thanks for letting me know :)

I loved it! Having a master who's a yandere, strong, and obsessed is a thumbs up from me! It was so nice and satisfying to see how dependent MC is on the Master. Thank you very much for this game!

The warning is a bit misleading to me because you don't show the process of mutilation. I thought I'd be very disturbed, but tried it anyway and it's really not that bad.

Sorry. I find it safer to add those warnings since I've been told that I didn't add enough...

No worries, I understand. Better safe than sorry.

The game is interesting and good! As much as I don't want to disobey master I have to for the second ending🥲😞 but I love the game! Master's kinda scary tho🥲 but I like him! He nice😄

OH my goodness, I love this game the art is great and both of the characters are interesting. However, though Master's end was a bit sad because he had to stay in the house forever it was still a good route and I enjoyed it. the Inspector's route was also good because he got to live outside of the home though he sadly had to hurt his creator. I did like that there were no 'Bad' endings just different endings. Great game!

another fantastic game thank you I really enjoyed it 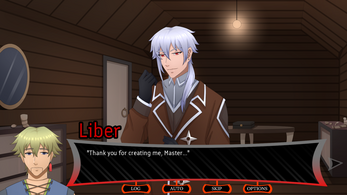 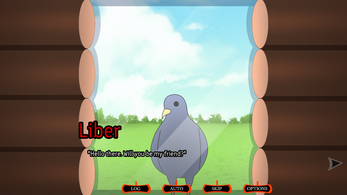 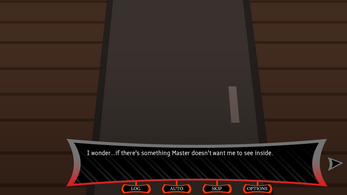 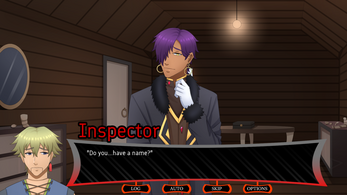