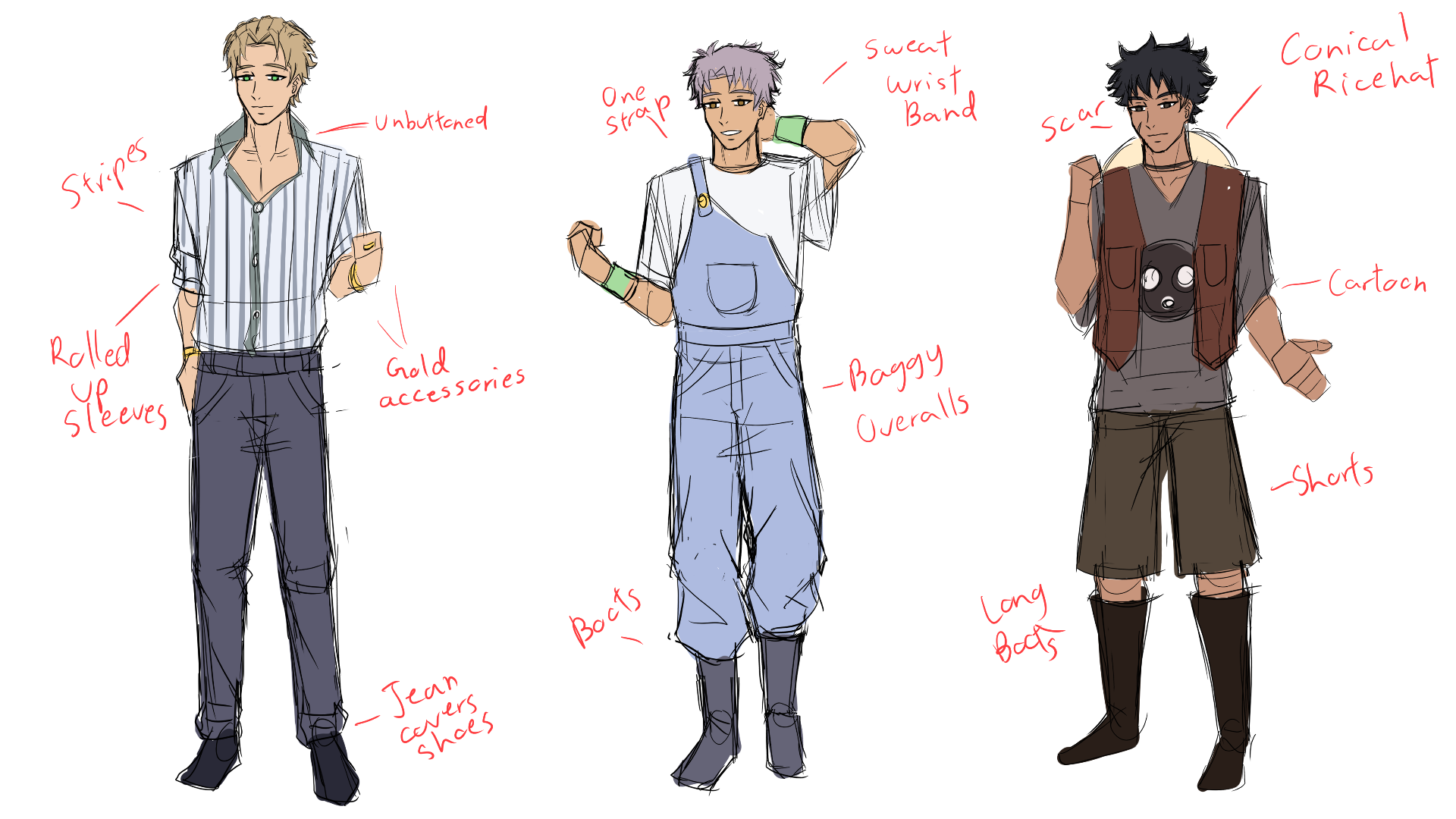 I didn't draw full-body CGs in the visual novel, so I just want you guys to know that they have legs. 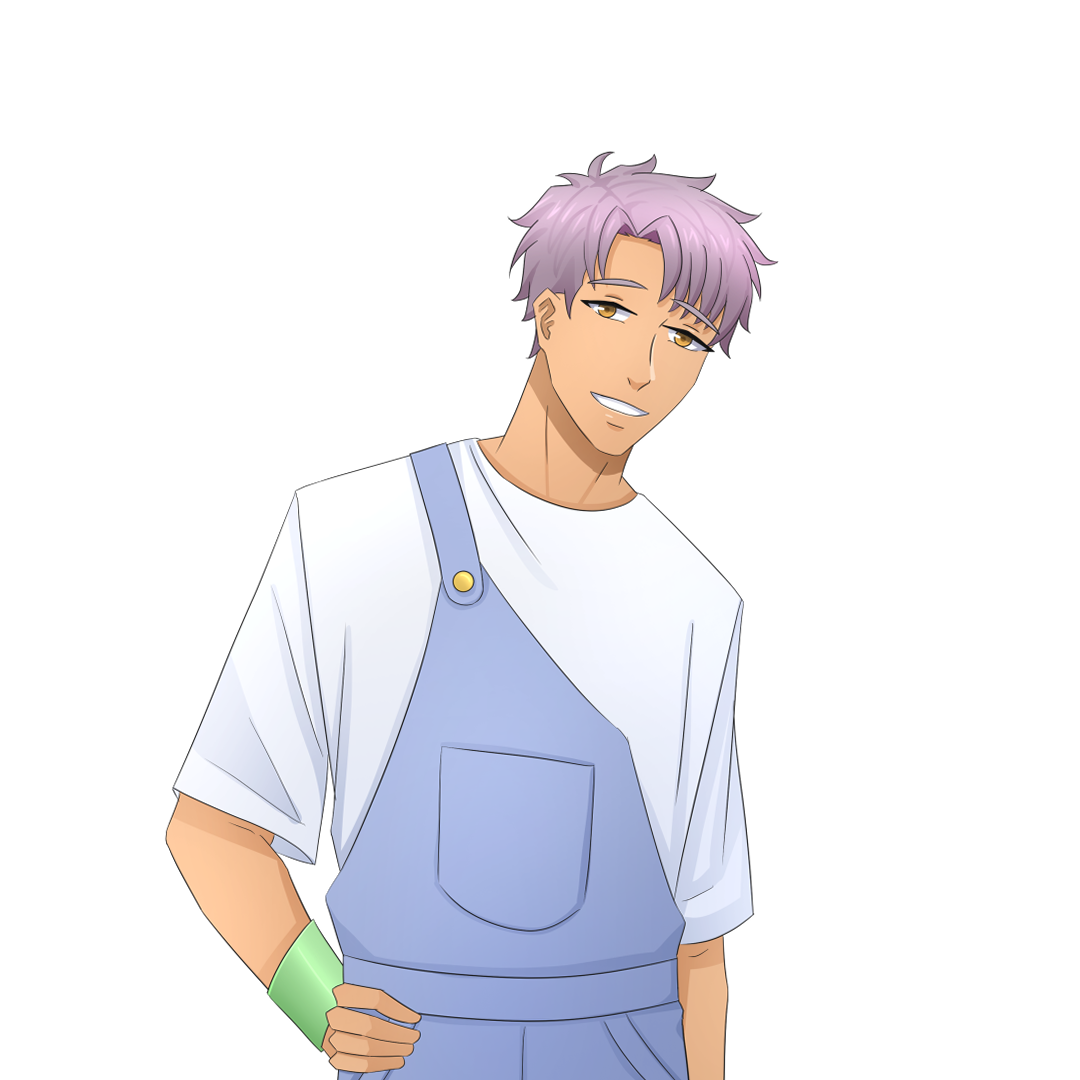 You might notice that Archie has a lot of lines, and it kinda feels like the story is centered around him. Well, that's because Archie was supposed to be the ONLY love interest when I was initially planning the story. I just added Gilbert and Cam later on. I love gentle, sweet bois like Archie. My ideal type yooo! But since I already made multiple sweet bois across different games, I decided to give him a quirk to change things up a bit.  And that was how he became a masochist LMAO. It wouldn't be fun if Archie was the only one with a strange quirk, so I came up with one for the other boys as well. 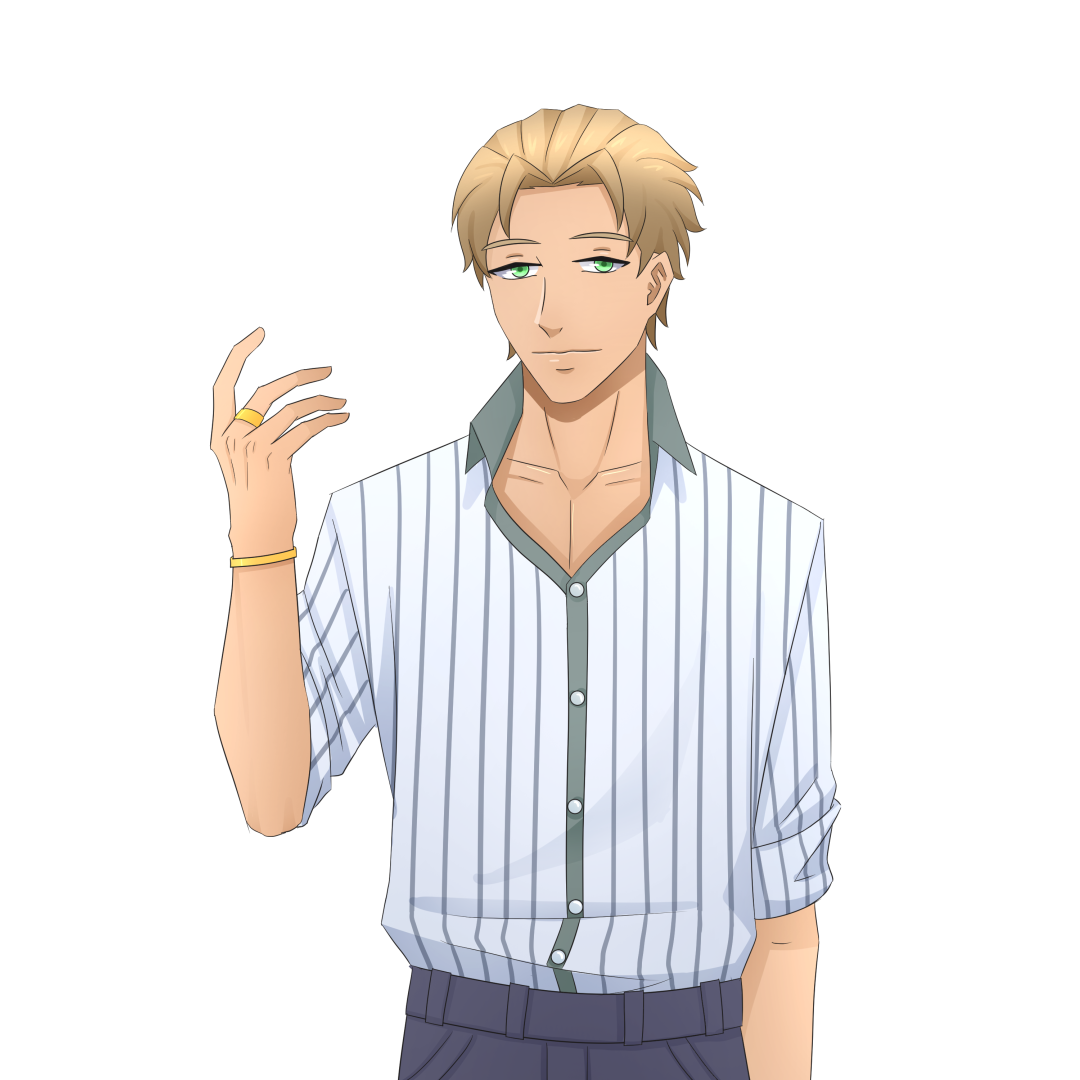 Gilbert was supposed to be this mature, nice guy. Just someone who'll treat the MC like a younger brother. Kinda cute, but that's not fun. I wanted him to be WEIRD! And that's how he became a closet pervert who makes dirty jokes. I swear, Gilbert keeps like a bunch of seeds and nuts in his pants just so he can make dirty jokes. I never get tired of reading Gilbert's dialogues cause they always make me chuckle. 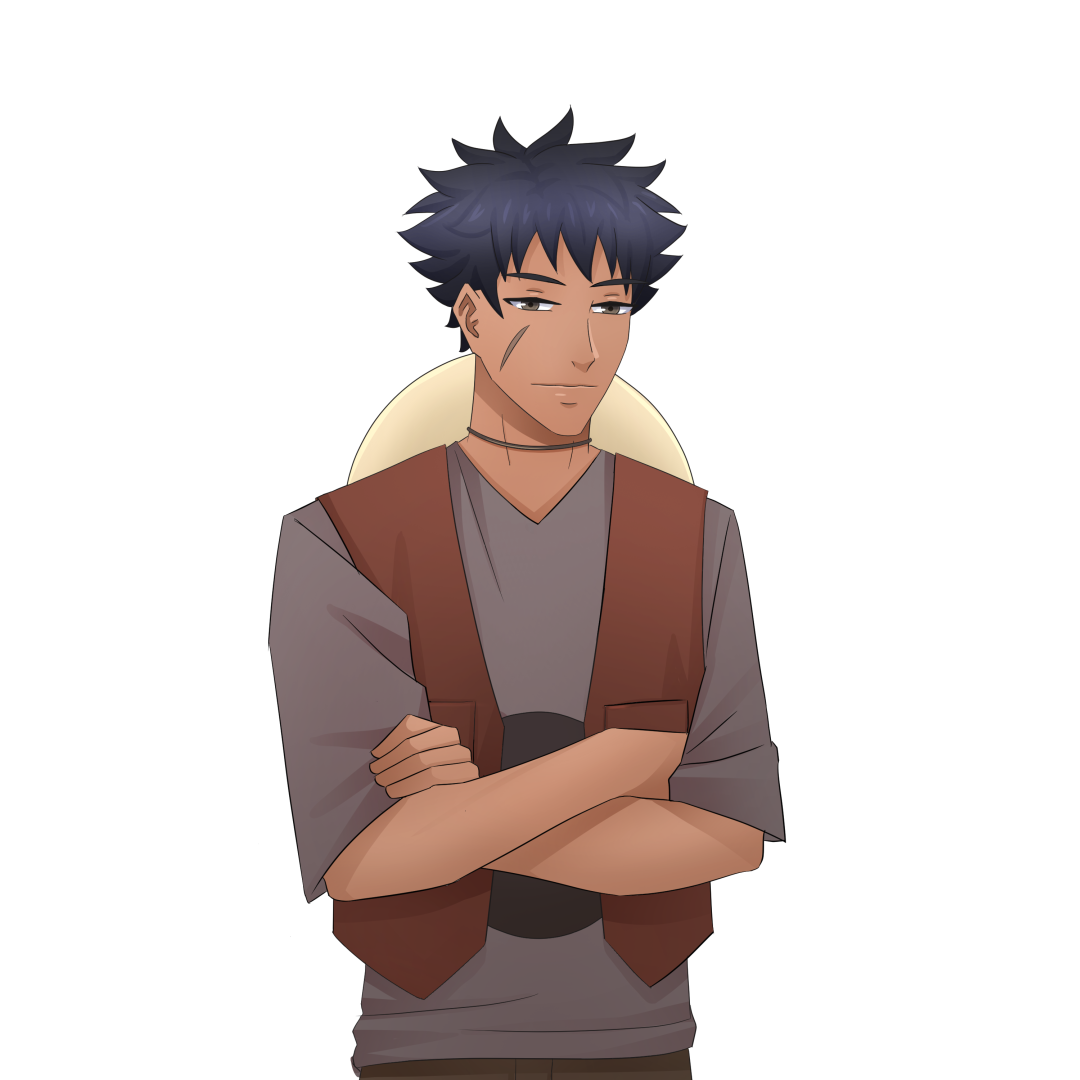 You know those hot-headed guys in shonen anime who wants to be the protagonist's rival? Yeah, that was supposed to be Cam.  I ended up making him more immature because I think dumb characters are cute. I actually had a hard time coming up with Cam's quirk, but I eventually settled on him wanting to become a detective. I'm glad that's his quirk because the game ended up having silly mysteries because of him. By the way, it's hard to tell but the thing behind him is actually a conical rice hat.

Leave a rating on itch or a review on Steam if you enjoyed the game!

I like characters with weird quirks like these bois so Imma make more unhinged love interests in the future! Thanks for reading! Check out what my upcoming projects look like if you haven't yet! Link: https://chanimk.itch.io/be-my-loyal-subject/devlog/441368/whats-next

Daily life of four friends on a farm

did you model Cam after a certain pokemon breeder?

Nope. A lot of fiery characters in shonen anime have spiky hair so I wanted to give him that vibe XD But which pokemon breeder are you referring to? Brock?